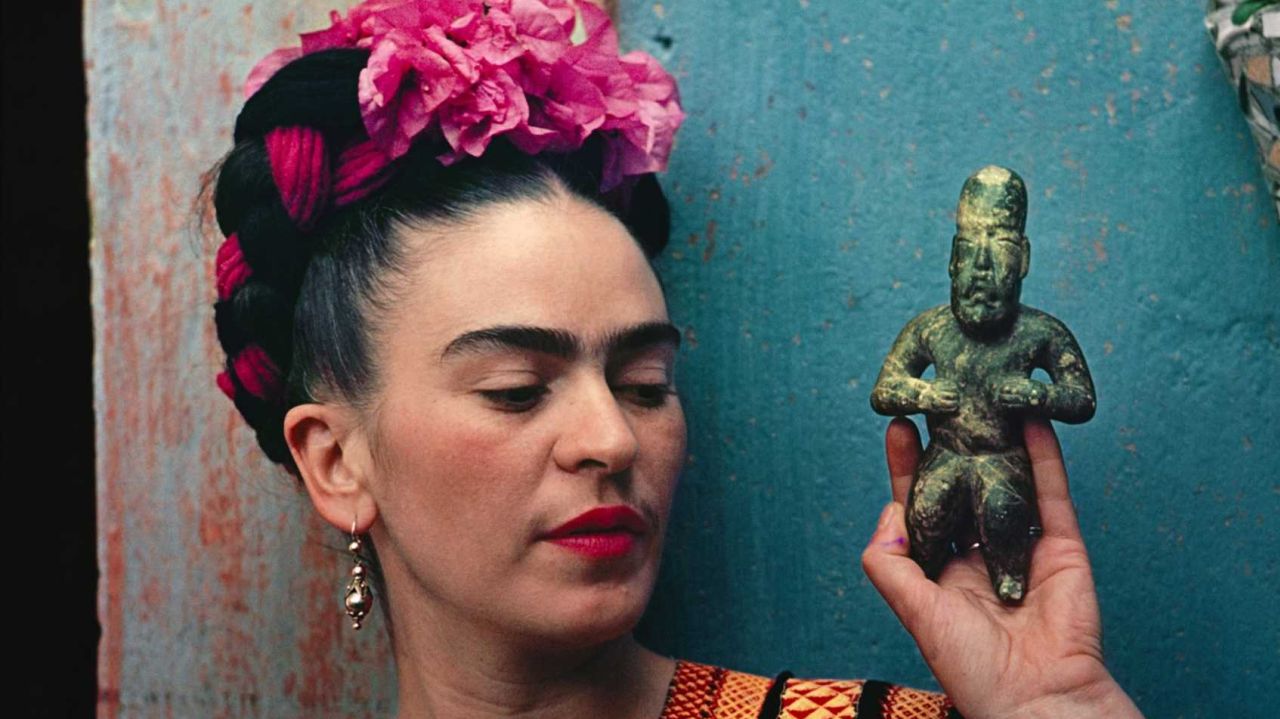 Beginning with the iconic 'Hunters in the Snow' by Pieter Bruegel the Elder, we will examine key UK and European works depicting winter. John Ruskin, the writer and painter, was the first person to regard mountains as beautiful and god-like. German and Scandinavian artists saw the horror, terror and raw, cruel starkness of winter as well as its sublime possibilities. The painting of snow challenged such artists as Monet and the American artist, Hassan. In the 20th century, the photography of Stieglitz, Brandt and Devon’s own James Ravilious captured the movement and temporal nature of winter weather in urban and rural environs. Over the centuries, art has served as a coping mechanism, helping us to come to terms with winter's awe, drama and power. Feeling inspired to paint? Why not join Painting The Winter Landscape in mixed media with artist Gina Youens.

Diego Rivera was a giant figure of the Mexican mural movement, while Frida Kahlo was best known for her self-portraits. We will explore some of Diego’s murals and ideas on democratic art in Mexico City and Detroit. In the work of Frida Kahlo, we will discover why she has become an icon of feminism and self-discovery. Recently, she became the most valued painter in Latin America after her self-portrait 'Diego and I' was sold for $34 million at a major auction house in New York.

We will explore artists who have used collage for social and political protest i.e. Wiemar Republic, Germany 1920's and Punk US/UK in 1980's. Although the technique goes back to early years BC in China, collage is thought to be a modernist technique first used by Picasso and Braque. The glueing and pasting gave a new visual perspective.  Collage techniques have also been employed in music, sculpture and film. We will examine specifically how montage was a new way of making meaning in cinema. In Revolutionary Russia, montage was a groundbreaking cinematic theory and technique. Famously, Hitchcock's Psycho shower scene is very much influenced by the Russian Montage editing technique.

Explore the remarkable history of food in art, from the ancient world to the contemporary, across a range of themes. Together we will consider how food has inspired artists over the ages and has been employed in still life, allegory, surrealism, pop art, feminism and much more. The fascinating depiction of food in art has served both as a representation of daily life as well as a metaphor for the social and economic. Recipe books by well known artists such as Georgia O’Keefe and Claude Monet are a testament to the enduring relationship of art with food.

Booking required. These talks will take place in the main gallery space with seating for a maximum of 17 participants.

Please call 01404 45006 or email info@thelmahulbert.com with any questions/accessibility requirements.